Unfortunately, Hugh can’t type yet! So his mom, Audrey, has let us know all about Hugh below! Thanks mom!

Tell Us A Little Bit About Hugh

“Hugh took to weaning no bother at all. He really was a dream and was very ready for it. We started him on a root vegetable purée, before introducing some cereal and fruits. We’ve since incorporated meats and other vegetables. He will try anything and has enjoyed almost everything we have given him so far. He loves Fishy Dishy. Hugh is a great little eater, and has been from the beginning. The only dish he refused was a salmon dinner we made from scratch. We thought the salmon might not be to his liking, so we tried some cod, but he wasn’t digging that either. It was unlike him not to devour his dinner, and we started to think maybe fish just wasn’t for him. We weren’t sure what to do. Someone suggested we try Pipin Pear, and we picked up the Fishy Dishy, figuring we had nothing to lose by giving it a try. Well, low and behold, he absolutely loved it! He ate every single bit of it. We were delighted, and he actually gets excited when he sees me take the tub from the fridge. “ 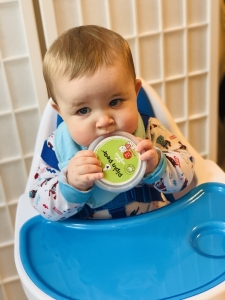 Tell Us About Your Journey Into Motherhood

“Hugh was almost a decade in the making and is a much celebrated addition to the entire extended family. We had our fair share of hurdles to overcome, including early-stage cervical cancer, and many cervical treatments and procedures. Hugh was born on New Years Eve, 2019, just a couple of months after our 10 year wedding anniversary. Since Hugh entered the world he has brought smiles, love, laughter and joy. He really is such a blessing. It’s difficult to remember our lives before he got here. I am so grateful for him, and realise just how lucky I am to be able to call myself his Mammy. “ 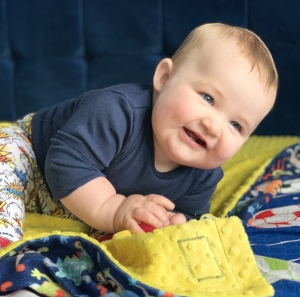 “Our own home cooked fish dishes haven’t gone down very well at all. We’re gonna have to find out what the secret is to your Fishy Dishy success 😉 “

When Do You Find Pipin Pear Comes In Handy For You?

“When Hugh is visiting friends or family or when I’ve run out of my own batch cooking or for trips out and about! We only went on our first staycation in August, and this is when I found out about Pipin Pear. I wasn’t sure how I was going to manage when we were on the go, and I actually asked my Instagram friends for recommendations. So many people suggested I try Pipin Pear, and I am so glad we did. The convenience of the tub was great, and just knowing the ingredients were all so good and fresh was really reassuring too. “ 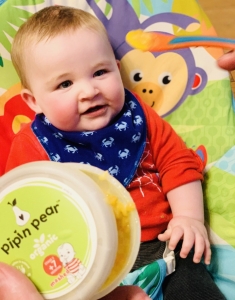 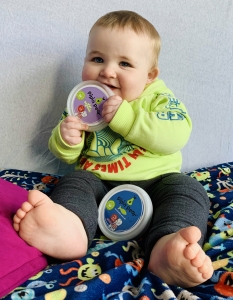 Do You Have Any Funny Feeding Stories?

“If you turn your back for a second, you will find Hugh nose deep in the bowl. He loves his grub, and he loves to get messy! “ 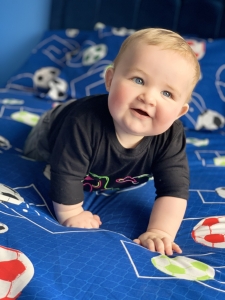 What’s Your Favourite Dish To Cook For Hugh?

“Easy One Pot Chicken – it’s a mixture of root vegetables and chicken, with a little bit of apple, for natural sweetness. It is so easy to prepare, and I tend to batch cook and freeze. Hugh really enjoys it and it gives me great satisfaction to see him happily gobble it all up. “ 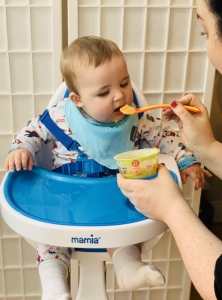