The Realities of Motherhood - Pip and Pear

The Realities Of Motherhood

Welcome back to The Realities of Motherhood!

This month we’re hearing from Mum, Grace. Grace is Mum to Pearl and also has a website Etain Living where she shares all about her life, and family adventures (check it out).

We were delighted when Grace shared this hilarious and frank account of a parenting milestone titled ‘Guinea Pig Parenting’ and is one that I’m sure we can all relate to…sure we’re all learning as we go!!

We hope you enjoy x 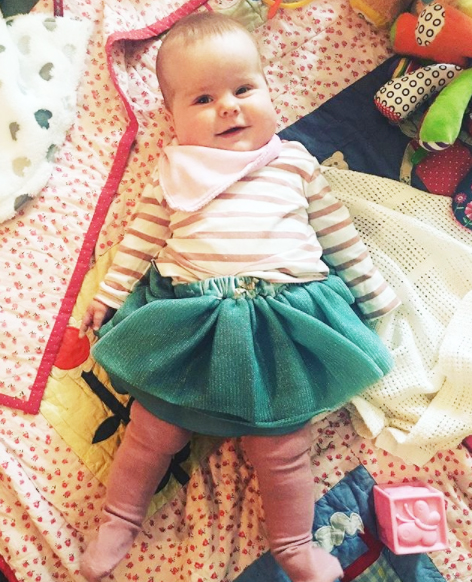 It’s a Saturday afternoon. I’ve been the gym so I’m feeling fantastic and super-productive. We decide to hit the shops to bulk buy everything required to baby-proof the house now that Pearl is officially a wobbler and we’re expert parents of a baby we’ve managed to keep alive, all by ourselves, for over a year now.

In the car, her cries are getting unusually hysterical. We put it down to hunger. We park, whip her out of the car seat and that’s when we see it. A swollen red face and violent crimson spots spreading across her eyebrows and temples.

We run into the nearest chemist. The pharmacist isn’t available and the sales assistant tries to help but looks about 19 and clearly hasn’t got a clue. I’m visibly panicking when the man behind us pipes up and says that he has four kids and that it looks like an allergic reaction. His youngest suddenly developed an allergy to coconut oil at around the same age.

I’m puzzled. She’s 13 months old and never showed any signs of an allergy. The husband is equally bemused. Panic sets in and we call the local out of hours GP. Over the phone, I describe the symptoms and they agree, it’s most likely an acute allergic reaction. What did she eat today they ask. Anything unusual? No I respond, looking at the husband for confirmation as I remember that he gave her breakfast while I was out. He shakes his head.

“Just two poached eggs and some peanut butter on toast…” His voice trails off when he sees my face. “Oh my God” I scream to the nurse on the phone, “he gave her TWO poached eggs and PEANUT BUTTER!” Obviously, the nurse says to bring her straight in and adds that we should monitor her for laboured breathing on the way. Scary stuff.

In the end Pearl was fine. But it was a nerve wracking experience and the husband was guilt-ridden all weekend.

He apparently had no idea that both of these were allergens, that they have to be introduced carefully into a child’s diet and that two poached eggs is an enormous quantity in one sitting for a small child, even a savage like ours who vacuums up anything you put in front of her.

The GP took one look at us when we ran in. “First baby?” she asked kindly.

I wonder what gave it away. Our panicked faces or the fact that we’d fed her an adult sized brunch of eggs and peanuts?!

Baby weaning and childhood nutrition is a minefield, even setting aside stupid mistakes like egg’n’peanutgate (we can joke about it now but it was a touchy subject for a while!) And the advice seems to be constantly changing. I was raised on formula milk for example, at a time when the maternity hospitals actively encouraged it as a superior choice to breastmilk. Until relatively recently the consensus on weaning itself, was that solids at four months were fine but that’s been revised to six months in most cases.

And to be honest, Pearl had eaten eggs before, when I started weaning her onto solids. At the time, I had no idea that there was any risk associated with eggs and I wasn’t overly concerned about the smattering of small red bumps around her mouth after she ate them. Ah blissful ignorance!

I only realised at a focus group for weaning mothers (organised by a well-known baby food brand and designed to gauge the effectiveness of its marketing). Other mums talked about the importance of carefully introducing allergens, particularly eggs. I nodded along sagely, wondering what other information I’d been missing and marvelling at how I hadn’t poisoned her yet (this was before egg’n’peanutgate).

During the same discussion, I managed to both mortally offend other mums and be mortally offended myself. When asked about a particular baby product I scoffed and wondered who’d be silly enough to buy them when they’re packed with sugar and not much else. I’m sure you know where this is going. Turns out lots of mums are buying them which I suppose I should have figured out because they’re still on the shelves and have been around since I was a baby. Cringe. We chatted more about grocery shopping for babies, and right after I’d spoken and mentioned that I often shop in Aldi (and that I’d discovered Pip and Pear there) another mum grimaced. “I’d buy non-perishables there but never my proteins.” Well. That put me in my place.

Sometimes, other mothers (even the well-meaning ones on ‘helpful’ facebook or whatsapp groups) can be our harshest critics. My biggest bugbear is when someone tells me they’re a full-time mum. So am I! I may work outside the home but my parenting isn’t a part time job or a hobby. I’m Pearl’s mum 24 hours a day. No one ever says working men are part time Dads. But that’s a whole other debate.

And then there’s baby led weaning. I eventually had to ask my public health nurse what it meant. My parenting oracle (my own mum) hadn’t ever heard of it. Wonderful in theory but it rules out so many mushy foods that require a spoon. Even my little genius needed a hand with eating porridge or a yoghurt. A combined approach worked best for us. Baby led breakfast, and usually tea, with a spoonfed hot meal in the afternoons until she was nearing one, and could grasp veggies and meat and make a good attempt at chewing them.

But I’m a big believer in going with your gut and whatever works for your family and I make a point to never comment on how anyone else does it unless I’m specifically asked for advice. Even then I couch it very general terms.

So, what works for us?

Happily, Pearl eats most things (including eggs but in much smaller quantities these days!) and I’ve even re-introduced teeny amounts of peanut butter. Almond and cashew butter also work well.

I’m at work full time during the week so most of her meals are eaten in her nursery where she eats a fantastically varied diet including turkey curry, lamb meatballs, pasta puttanesca and quail eggs on toast (I know you’re laughing and it’s ok; we also laughed when we first heard that). They’ve even tricked her into eating avocado (a feat I never accomplished) by mixing it with natural yoghurt. Pro-tip right there.

At home in the evenings she has a light supper before bedtime. Some weeks I batch cook chicken breasts or salmon fillets and she loves both of them cold. Fish pie with a mashed potato crust is another winner. Chunky enough that she can shovel it into her mouth herself with her hands or a spoon. I make the simplest fish pie ever. The white sauce is just crème fraiche mixed with dill, chunks of fish and grated vegetables. It’s an ancient Jamie Oliver cheat for a quick hit of Omega 3 goodness.

My homemade hummus is also going down a treat. Not to sound too like a domestic goddess (I’m really not; this is basically my entire repertoire) it’s a blend of chickpeas, garlic, lemon, cumin and water with a drop or two of flax oil. Mushed onto toast, it’s a tasty teatime treat that she literally licks off the bread! I’m a rubbish cook but if I’m feeling adventurous I’ll blend some beetroot or kale into it. It’s messy but worth it for the photos alone. That pink or green stained happy little face!

Bananas are her favourite food (ironic because I gag at the smell of them and have to wash my hands after I peel one). In fact banana is her first word aside from Mama, Dada, Baba etc. When she’s handed a quartered banana, she beams and says “nana”. I’ve been gritting my teeth and making her a banana and oat loaf using mashed ripe bananas (yuck yuck yuck I’m retching even thinking about it) and a drizzle of honey for sweetness.

You know that babies under one can’t have honey for risk of potentially FATAL infant botulism, which can be caused by bacteria spores? Of course you do. Guess who didn’t know and who’d been feeding Pearl honey on toast? My husband. I literally just found this out. Deep breaths… 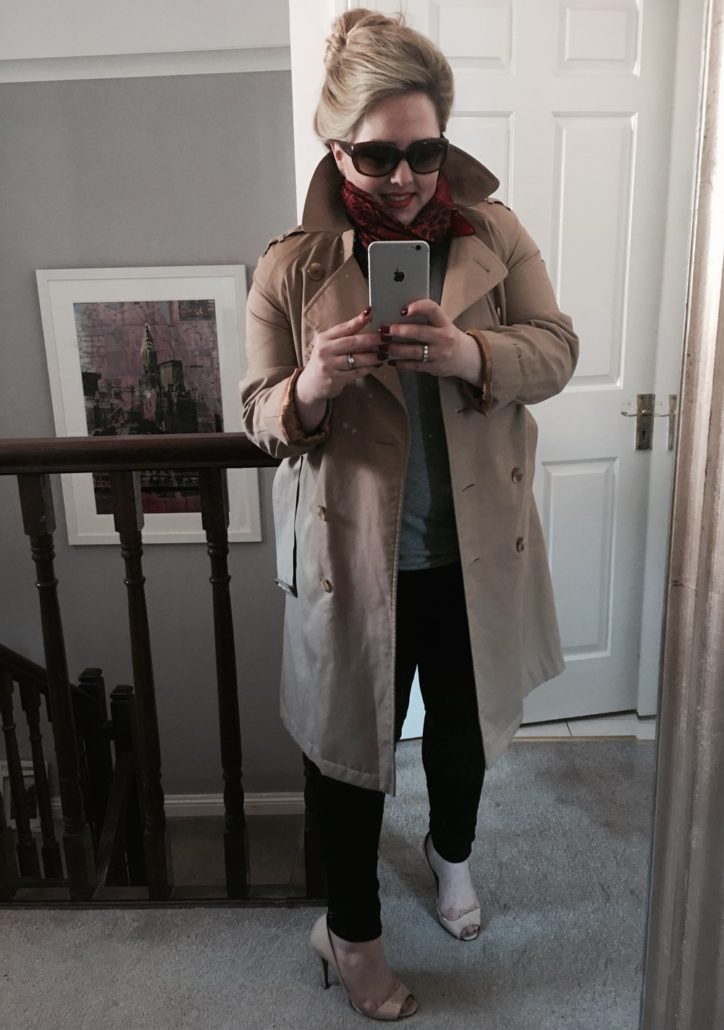 Do you have a story, advice or parenting experience to share? We would love to hear from you – please email info@pipandpear.ie